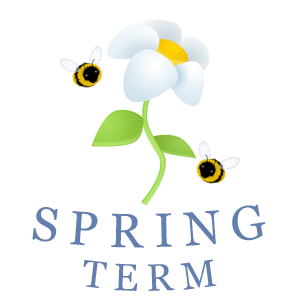 Back in January, it seemed as if we faced a short, quiet term ahead of us. However, it has
turned out to be extremely busy with an amazing amount packed into relatively few weeks.

Towards the beginning of the term, Miss Bray led a whole school assembly on healthy eating.
We were all aghast at how much sugar and fat is added to food and, thanks to Miss Bray, I
have not been able to face eating a packet of crisps since! Healthy Eating Week ensued,
followed by a parents’ survey which has shown an overwhelming volume of support for the
initiative. We have seen an improvement in the children’s behaviour and attitude to work in the
afternoons as a result of a better diet and I anticipate more healthy eating initiatives to come.

Earlier this half term, Lower III enjoyed a great day at King Edward’s School, experiencing life at
one of the best boys’ schools in the area. They fired a trebuchet, made erupting volcanoes
and learned how to shoot bows and arrows! The strings ensemble enjoyed a fabulous day of
music and performance at Wolverhampton Grammar School. Upper II and Lower III met and
were inspired by a visit from well-known author, Cathy Cassidy, at the Walsall Studio School. The
orchestra performed in a collaboration with many local schools at St Matthew’s church,
enjoyed by Upper II and Lower III. Our Early Years and Form II enjoyed separate visits from the
local Fire Service. We had a visit from the Dogs’ Trust to teach the children how to behave
safely around dogs. Also, a class of Year 10 students from Aldridge School taught our Upper II a
leeson on Classical Greek History. Last week’s piano concert was also a huge success, allowing
the children to play for the first time on our new Yamaha piano, so kindly donated by the PTA.
A lucky group of Upper II and Lower III pupils also benefited from a Writing Workshop at KES.

On the sporting front, there have been a number of rugby and netball fixtures against St
Bede’s, Hallfield, Heathfield and Chase Grammar at Under 9s, Under 10s and Under 11s, with
mostly successes and only one reverse. This week, the swimming team competed at the Streetly
Area Championships, coming 2nd overall, while two of our swimmers, Olivia and Anandee, won
their events and will be selected to represent Streetly area at the Walsall Swimming Gala finals.
It is also worth mentioning that today’s House Quiz was again won by Livingstone House, who
showed consummate skill in building high towers out of newspaper, which successfully
supported the weight of a banana! And finally, this Tuesday, we enjoyed the inaugural
Mayfield Pancake races, duly won by Scott House.

I will finish there and wish you all a lovely half-term break. See you at the disco tonight!
Best wishes,