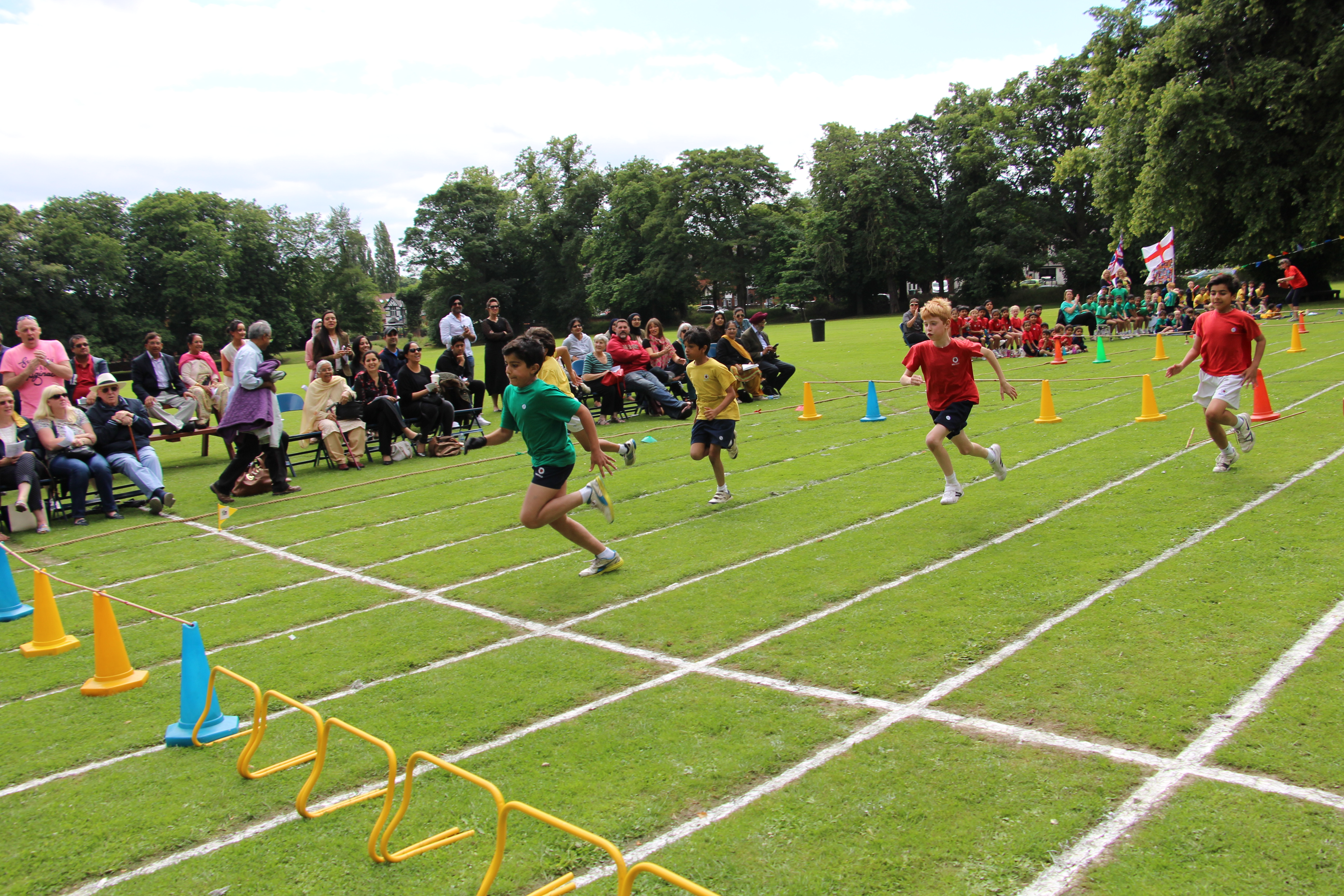 On Friday 8th July at 1pm we held our Upper School Sports Day.

During the morning we managed to complete the three relays from the Lower School Sports Day. Kindergarten did the Spring Clean relay with each runner doing a chore – washing up, mopping up, sweeping etc; Transition did the Balloon relay with each runner bursting a balloon and Form I completed a shuttle relay. The relay points were added to the total from the individual races and Livingstone house came out on top. This got everyone in the mood for the afternoon’s upper school races.

The afternoon’s races began with the hurdles races and the 80 metre sprint races. These races were very competitive and there were some extremely close finishes. We then had obstacle races and the 60 metre sprint races. Nandhika Ramnath broke the girl’s school record for 60 metres with a time of 9.9 seconds. The afternoon’s individual events finished with some brave running over 600metres. By now everyone was very excited and looking forward to the relays. Lower II ran the water carry relay, FII completed a Sports themed relay and UII did the traditional Tug of War Challenge.

All the scores were added up and the overall result was Nightingale 170 ½ points, Scott 195 ½ points and Livingstone 221 ½ points. We finished the day with the whole of Livingstone doing a celebration run down the track.

Trophies were awarded to Maanav Sawney for the 60m sprint, Ranveer Clare for the 80 metre sprint, Tara Patel for the girl’s 600 metres and Karamveer Kulair for the boy’s 600 metres.

A big well done and thank you to all competitors, supporters and helpers, many of which finished the afternoon with a well deserved ice cream from the ice cream man!