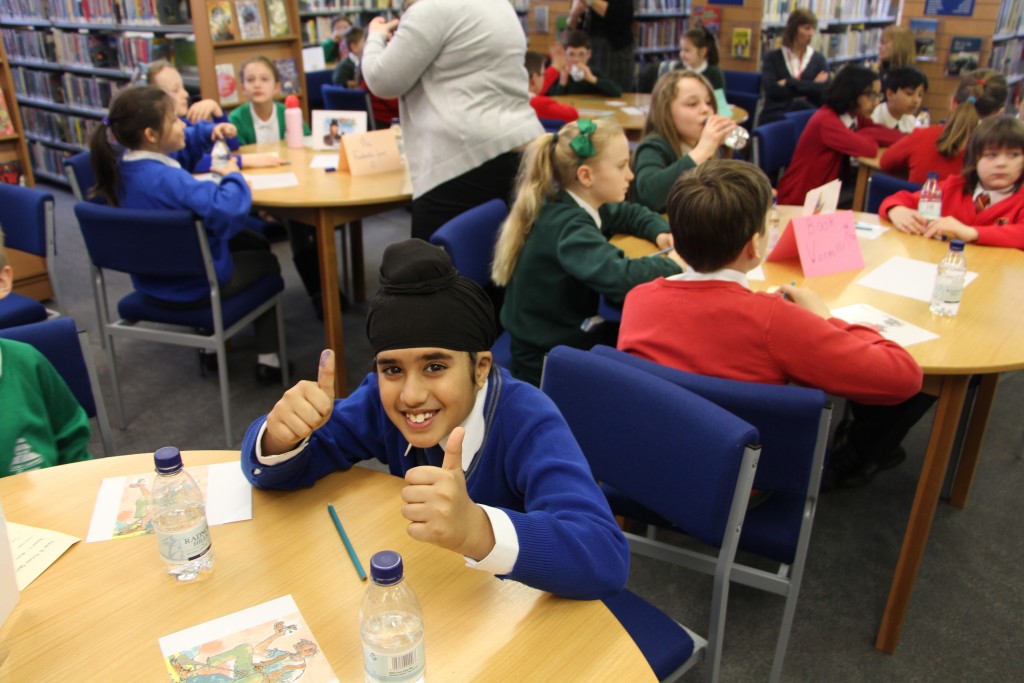 On Wednesday 2nd March four children from Upper II were invited to a World Book Quiz at Aldridge School: Ryan, Imaan, Karam Sh and Jaiden. They were so excited to be taking part along with seven other schools. When we arrived we were taken to their amazing library where the children were given a picture from famous books and had to find their table with the same picture on. This was a lovely idea as one child from each school sat at a table which meant the children got a chance to mix and work as a team with other pupils their age. The children really enjoyed each round, as there was a good variety. There where six rounds in total. If the children were unsure of a question they got the chance to shout joker, by holding their picture up from their tables and this got them a point. However, the joker could only be used once, so it had to be used wisely!

Once the quiz had finished we had refreshments while waiting nervously for the results. When we returned we found out we came second and third which we were delighted with and we all received a goody bag.
Mayfield Preparatory School