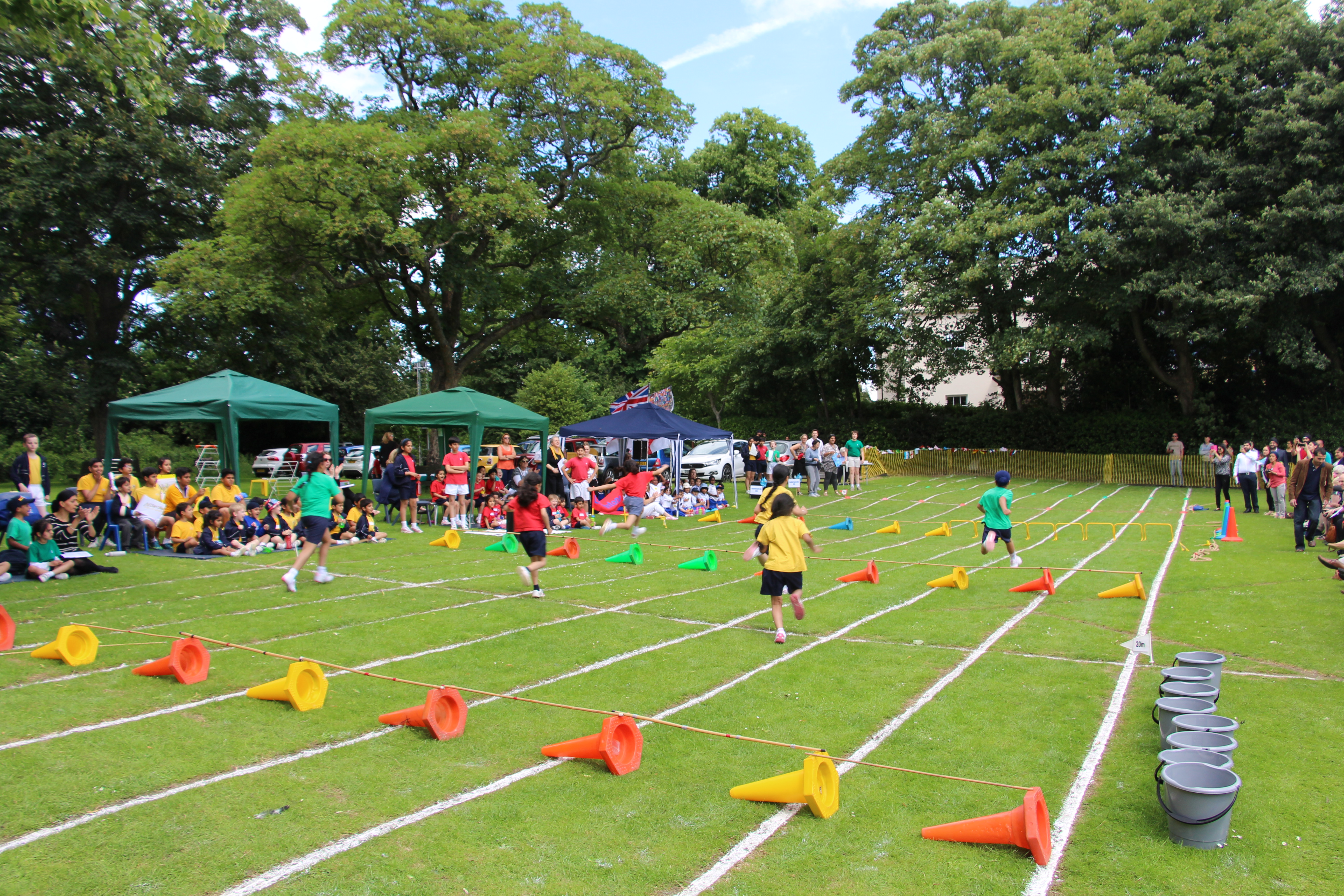 On Friday 24th June 2016 we had our Lower School Sports Day.

The sports day started with a loud excited gathering of competitors in the courtyard. The three house teams, Livingstone, Scott and Nightingale, then paraded out onto the track carrying their respective banners.

The first event was the 40 metres hurdles with children from Form I racing. These races were very competitive, with the first, second and third paces enjoying their moment on the podium.

The sprint races followed with Nursery children competing confidently in their races. There were some close finishes in these races and the Teachers judging the finish line had to concentrate hard.

After the sprints and hurdles races Nightingale house were in the lead by one point.  We continued with the Nursery pancake race and obstacle races for everyone else.

Sadly the rain then arrived and we had to stop the races as the track was becoming slippery and dangerous.  At this point Livingstone House had taken over the lead.

We hope to do the three final relay races in the morning of Upper School Sports Day on Friday 8th July.

Well done to all competitors, helpers and supporters. Despite the rain, we had some exciting races with everyone helping to contribute to the friendly, sporting, noisy and competitive afternoon.